Liquidity baking is controversial in the Granada update,
But because of the controversy came too late,
lots of bakers vote to pass just for avoiding hindering the whole Granada.

Now we are in a new round of upgrading,
it’s better to have an option to get rid of Liquidity baking,
Anyone can inject such a proposal?

I don’t understand why a proposal without LB was not injected? For granada, the excuse is that the core devs did not know how controversial it is. What about this time?

I’m concerned that the supply is inflating due to LB, the burning fee is not burning enough to cover what is being printed. How long we are going to turn a blind eye to this issue? In the long term all XTZ holders we’ll be losing value over our coins. 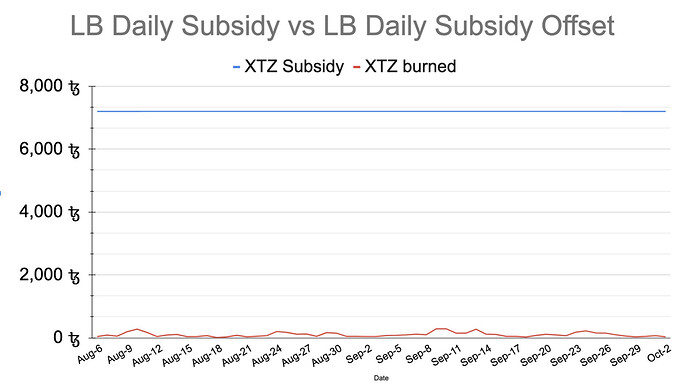 Nothing justifies that XTZ becomes a Store of devalue!

Agreed sir! The issue is that the core devs are not taking our feedback into account. Where is the proposal that doesn’t have LB?

Yep, no proposal for deactivation of LB, Some of us don’t want TEZ to become a store of devalue.

Bakers can already vote to deactivate LB at any time with the escape flag. No need for a separate proposal.

Check the manual for the baker. tezos-baker-010-PtGRANAD man -v 3 and look at the --votefile argument you can pass.

Have you checked what percentage of bakers are required for that? It is close to impossible considering the number of bakers who have to legally vote pass.

It is in fact easier to have a proposal pass than for bakers to stop LB.