An on-chain funded and governed DAO by the community

For those who have been emotionally and time invested in Tezos have by now realised the constant bickering of the ‘TF not providing enough grants’ (which is not entirely true) to support dapp growth in the ecosystem. It has come to light that grants may not be granted, not only due to a difference in the direction from the TF but mainly down to regulatory reasons that the TF does not want to get involved in DeFi projects which could raise eyebrows with the SEC and other financial organisations around the world. In other words, funding Defi projects is risky due to regulatory reasons and reasons as to why the TF cannot always adventure down these routes.

Currently, we also have a project ‘Homebase’ which hosts DAO’s on Tezos to fund projects. These DAO’s are expected to be funded by the community. Currently, I see an issue with this, it is that the Tezos community is not wealthy enough to fund many ventures. 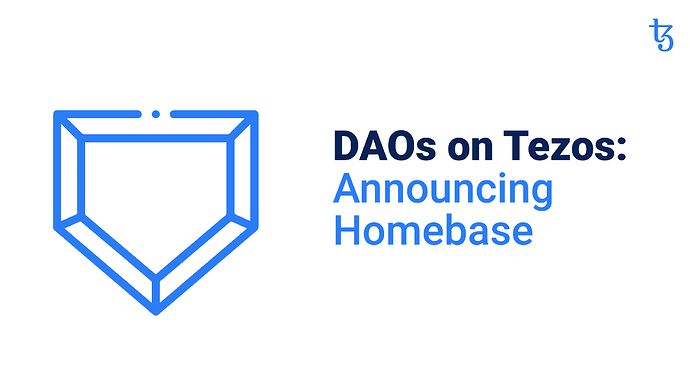 Tezos has always been synonymous with credible, decentralized governance.

We also have Liquidity baking that has increased inflation by 2%, and despite the innovative idea, the incentive programme has not proved to be successful. This brings me to my endpoint.

If the Tezos community is struggling to source funds, and the TF is not able to venture into DeFi as much as it would like to; there should be an on-chain funded DAO, which is funded by the baking rewards of tezos - this does not mean we have to increase inflation, but merely reallocate approx 1% of staking rewards into a DAO wallet, governed by Bakers. Projects/peoples would then submit proposals on-chain and bakers would have to vote for these proposals on-chain.
This would allow for projects to request for funding from the community, for little things, such as; community managers. To bigger problems that we are facing, such as; dev grants for DeFi projects and even Liquidity with trusted/known projects.

This is not a big ask, I have seen this accomplished on another chain:

The CPS is part of the ICON Republic DAO governance which supports worthy projects through grants. 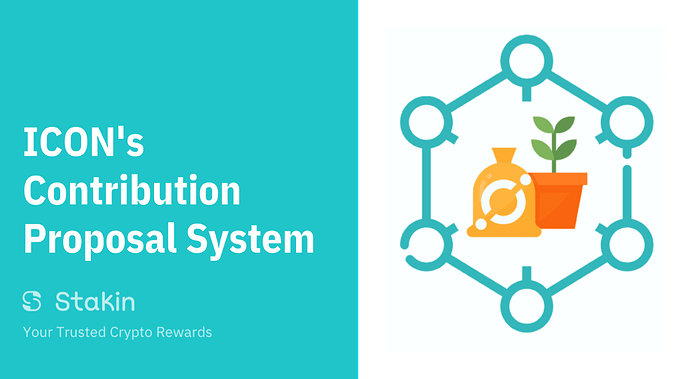 Everything about ICON’s CPS 2.0 that you should know to be a part of the discussion.

If we redirect only 1% of baking rewards, this could result in a $36m yearly grant at this rate and if Bakers are finding the pool too large, they could propose to vote the left-over XTZ in the DAO wallet.

I believe this will lead to a better decentralised community also.

The issue I take with most of the critiques around the direction of TF funding is that they are incredibly vague and underdeveloped. By all means, if you have a great idea about how to attract liquidity to the ecosystem share an open proposal with the community and submit it to the foundation. Let’s see the merits and rationale about how to do it fairly and effectively. In my mind, Liquidity Baking has been the only proposal developed in such a way and it has been done at the protocol level. I don’t understand why the XTZ coming from TF would somehow make it better.

Otherwise all of this drama seems like the projected insecurities of XTZ holders on the foundation because their coin isn’t currently as valuable as another.

I think you have totally missed the point. I am not proposing taking any liquidity from the Tezos Foundation. The whole proposal is made with the idea to shift reliance away from the TF.

The simple idea of this proposal is to move a 1% inflation away from token holders rewards, into a community pot, from this pot, we can create on-chain governance for grants proposals and award teams with funding that the community deems right, without the approval of the TF.

This does bring to the fore the oft avoided discussion of price- why exactly does the market see so much more value in Tezos’ competitors, rather than Tezos? Granted, it’s easier to dismiss this line of inquiry with a derogatory comment about “insecurities of xtz holders”, but by not examining the market phenomenon we may be missing valuable information, critical to the future adoption and success of Tezos. Perhaps taxing those holders additionally via inflation, on an asset with extremely poor relative price performance, would be the figurative straw that breaks the camel’s back.

Perhaps taxing those holders additionally via inflation, on an asset with extremely poor relative price performance, would be the figurative straw that breaks the camel’s back.

This is already being done with LB and we’ve seen how lousy LB is. No real users except arbers and people getting LB rewards. But a community DAO could be different. The question is who implements it.

@Quixotic @kusje It is not necessary that we increase inflation to do this. We can maybe decrease inflation rewards or take a portion from tx fees. I only gave the 1% as a figure people can understand

Thinking of this, Tezos already has the main architecture to implement an on-chain DAO. It is a mix of on-chain governance and LB.

LB resemblance in code: would be the part where, part of inflation goes to designated wallet
On-chain governance resemblance: People submit a proposal and in that proposal contains a code, which sends X xtz to a specified wallet. Node operator then vote on this proposal, Yes/No to send xtz to the chosen wallet.

take a portion from tx fees

Taking a portion of transaction fees to fund whatever you want to fund would also be considered a tax, is a tax on that income source. It would be no difference from printing XTZ or taking it from the transaction fees. Let me explain:

Before LB, we were actually a deflationary asset. Transaction fees make XTZ deflationary, since those fees are earned by bakers and bakers distributes those fees to their delegators.

For a baker charging 10% fee to its delegators, it would be about 0.7% deflationary yearly thanks to transaction fees.

For a delegator delegating to a baker that charges a 10% fee, it would be about 0.3% deflationary a year, thanks to the transaction fees that bakers distributes to them.

You can see where I’m going with this, NO MATTER where you take the TEZ to fund your thing, from block rewards, from printing extra TEZ or from transaction fees… It will be considered a tax. Money doesn’t just grow in trees.

At least get your numbers right. They’re right on the front pages of tzkt and tzstats, and all your math and claims don’t hold up.

Also, despite your positioning of fees, the biggest contributor to it currently being deflationary on an individual level is because rewards are only distributed to those that are staking. Fees that are collected and distributed to delegators help make it further deflationary but the current effect is very small.

At least get your numbers right.

I don’t know shake, Arthur calculated this a year ago, and I remember his numbers were:

About 0.5% Annual deflation due to transaction fees, for a baker charging 10% fee.

And about 0.1% annual deflation for a delegator delegating his stake to a baker charging 10% fee.

And I don’t know exactly how he calculated this, there are many variables.

Assuming Arthur’s numbers are correct and hasn’t changed in 1 year, ANYTHING additional that you PRINT annually OR if you decide to take it from the transaction fees to fund LB (or anything else you want to fund), will be subtracted from the 0.5% and 0.1% annual deflation rate gains that I mentioned before.

If annual deflation for delegators is 0.1% and LB prints 0.3% annually, delegators will end up having 0.2% Annual dilutive INFLATION, they would not reach the point of being deflationary anymore like with bakers.

The point is that transaction fees create deflation for all stakers, and if you take it from there for funding anything, it would be considered a tax, if you print additional TEZ, also a tax. Is not very hard to understand

If a country tax’s its people 1%, but then reinvests this tax to attract foreign investment which creates more than 1% demand and activity. This tax is no longer a burden.

It is like saying, ‘a surgery cuts the body, therefore the body is suffering’, but it does not talk about the bigger picture the surgery is resolving.

For now, yes LB isn’t very productive, but an on-chain DAO can easily bring liquidity incentives and marketing that will raise demand higher than its inflation.

If a country tax’s its people 1%, but then reinvests this tax to attract foreign investment which creates more than 1% demand and activity. This tax is no longer a burden.

Oh no, I agree, it could result in a good investment, LB was clearly not. I just don’t agree, that it matters where you take the tax from, either from printing more TEZ, or from transaction fees or from the already designated block rewards of bakers, or even if you subtract it directly from their balances in their wallets. They are all taxes. The easiest thing is to print.

But the thing is that, the majority don’t know when to stop funding a failed experiment, LB could continue going for years of continue loss and majority would still be funding it. Another thing is that, public money is often a source of corruption and people may want to take advantage of it. Another thing that we must take into account is that, big annual taxes could scare away capital investment (specially if the majority of those experiments were bad investments).

I mean, just to put into perspective, the property tax is 1.8% annually. Why would capital investment want to escape from their country governments to the blockchain to end up being taxed by an inner bakers’ government. I mean, and there’s nothing in Tezos that limits how far baker’s majority vote can go, they can raise the tax to 10% annually. It is understandable why Tezos is not a desirable asset right now in the market, it might be because of that. It might be because there is not enough trust from external capital. I wish we at least had a constitution or something that limits how far bakers majority vote can go in terms of increasing the annual tax. No more than 1% seems like a reasonable limit.

That is a great idea.

To build the ecosystem, especially DeFi ecosystem, the metric is the sum of GRANTS + ICOs

ICOs in 2021
In total projects have raised through ICO about 5-10m$ from the community:

GRANTS
Then we can look at the bi annual report (https://tezos.foundation/wp-content/uploads/2021/09/tezos-foundation-biannual-update-september-2021-en.pdf)

If we sum the DeFi projects, and assuming all of them receive the max amount per month, we reach 6.6m$ of grants for the period January-June (4% of Tezos grants…)
So it looks obvious that TF has trouble investing in DeFi projects.

If we assume the same money was spent for the last 6 months from TF on DeFi projects, we get 13.2m.
And with another max assumption of 10m$ for tezos ICOs, we reach 23.2m$ in total for DeFi tezos projects

To build an ecosystem.

For information Solana projects have raised 2B$ in 2021.

@galfour may I invite you to take a look at this post?