In the recent period, Tezos has experienced exponential growth in usage and community participation, particularly through NFT’s and upcoming DeFi, which has lead to great optimism and sentimental momentum towards the Tezos network from many users. More users therefore will feel emotionally attached to the future direction of Tezos and therefore carry a stronger personal opinion on this direction. These individuals, are much more ‘organic’ than the node operators, who run on several chains, and are more likely motivated by their ‘love’ of the chain, rather than selfish economic incentives.

Currently, I see two roadblocks for the ordinary Tezos habitant to run a bakery:

Although the 8000xtz collateral is understandable, to consider 8000xtz at the current $ would deter many habitants from running a bakery due to a lack of funds or liquidity, for example a person may have 10,000 xtz, but would want a little more free than just 2000xtz to use for DeFi/NFT’s.

For this, I propose the solution of Tezos bakeries to enable a mechanism where 3-5 ‘partners’ are able to pool together funds in a trustless manner so that, individuals would only need to contribute 1.6k - 2.67k xtz each, and only one person is able to run the node. This was accomplished by another chain: 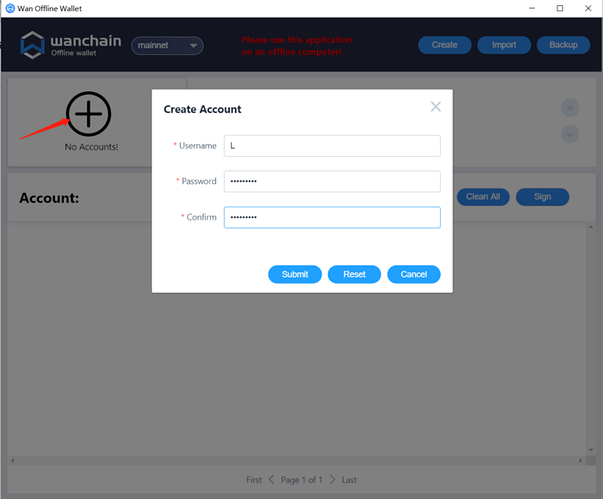 The “partner in” function allows multiple addresses to set up a node together. After the first person sets up their node with at least 10,000 WAN, anyone else may contribute stake to that node using the partner in function. Even though partnered in...

Predictably, a chain with a high number of individuals contributing collateral would lead to more engagement from the community.

Secondly, the tech side of running a node is expected to deter the Tezos habitant who does not carry technical experience. I propose that individuals within the community who are up for this task, apply to secure a grant which actively encourages the community to run nodes, and releases ELI5 tutorials on how to carry out upgrades and be on standby daily for node issues.

I believe now is the time to promote node participation as the momentum is with us, and believe Tezos needs to encourage the adoption of node runners. Despite what is written, I strongly believe Tezos does have a baker environment run by the community.

i forget the math off the top of my head (i think it’s 1k xtz), but you most certainly do not need a full roll to start baking. you just need to have enough that can be locked for baking operations, block creation and validation. with that minimum balance you can solicit delegations and one you reach 8k xtz, you’ll be assigned endorsement and baking slots.

I think that the important word in @Ali’s proposition for a “a mechanism where 3-5 ‘partners’ are able to pool together funds in a trustless manner” is “trustless”. The current delegation model is not trustless, the delegate can technically keep all the rewards and vote without consulting the delegators; the only reasons for delegates not to do that are reputation and trust.

Currently, I see two roadblocks for the ordinary Tezos habitat to run a bakery:

The roll size, even at the current price, is less important that one might think because according to feedback from 1-roll bakers such as https://www.reddit.com/r/tezos/comments/o85iwc/abysmal_solo_baking_rewards/, baking with a single roll is less profitable than delegating. The roll granularity (which by the way is not a threshold, it is as annoying for people 7900 tez as for those with 15900 tez) affects people that are willing to pay for the privilege of not having to trust a delegate.

On the “technical aspect” part, it is also apparently significantly harder to accept delegations.

This baker is shutting down but they were previously operating with a " Decentralized Autonomous Baker". Is this something that can be explored?

//The DAB or the Decentralized Autonomous Baker is a smart contract* that enables you to take part in our baking bond while retaining control over your Tez.//
https://tez-baking.com/#!/dab

Blockquote "The current delegation model is not trustless, the delegate can technically keep all the rewards and vote without consulting the delegators; the only reasons for delegates not to do that are reputation and trust. "

Thank you for pointing this out, it is definitely a priority for the developers to make baking rewards more automated, currently it is manually/third party software distributed, which makes the whole process very uncomfortable.

Blockquote “baking with a single roll is less profitable than delegating”

The idea here is the more people able to put up collateral towards one node, the higher the amount of rolls. It will be very unlikely to see a 1 roll node with many partners.

Thank you for pointing this out sir. However, an automated baking mechanism is required.

What do you mean by automated baking mechanism and how do you envision it being part of the transaction verification and governance process?

Currently, the baking rewards are sent out manually, or through a third-party software. This makes the process a little more complicated for the average user, if we want to onboard more ‘natural’ community members to become node runners.

If we are able to make baking a lot more automated so that the baker does not have to worry about distributing the rewards out themselves, it will be a smoother experience.