Inflation is a tax - collection of quotes from most famous economists

Deniers will keep denying, but here I present a collection of quotes from most famous economists that also agree, inflation, is a way to tax holders of that money.

Currently, in Tezos, only Liquidity Baking is being funded by an inflationary tax… 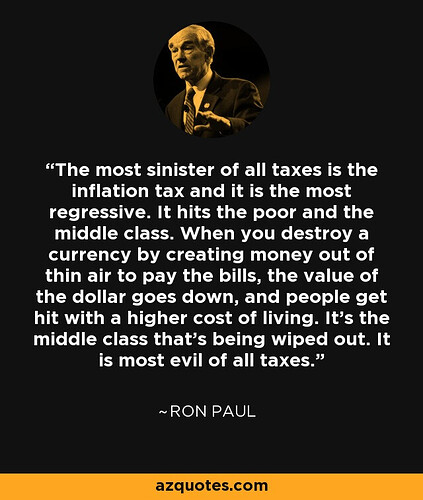 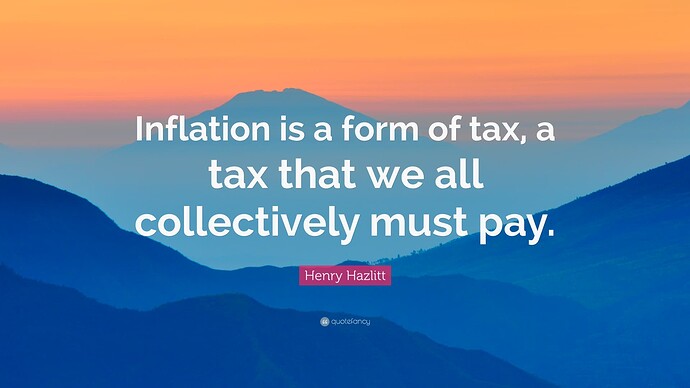 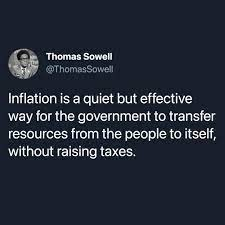 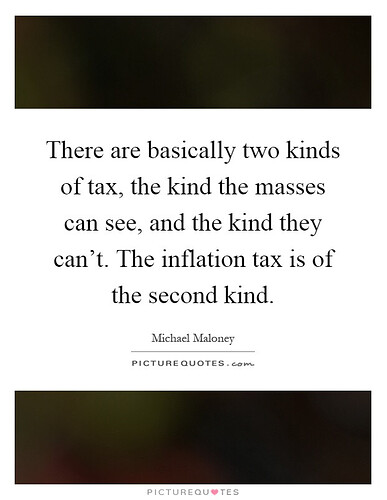 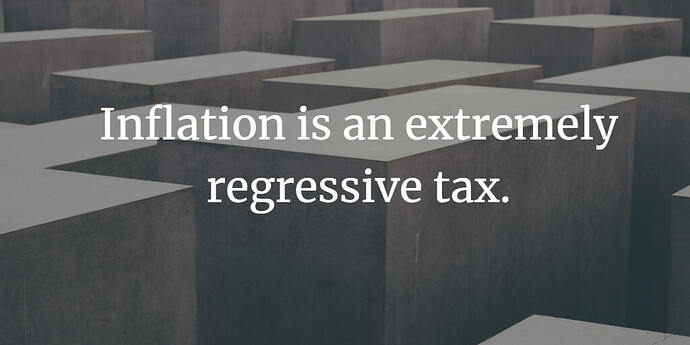 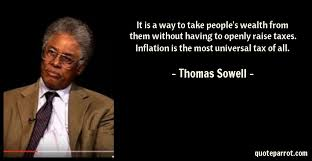 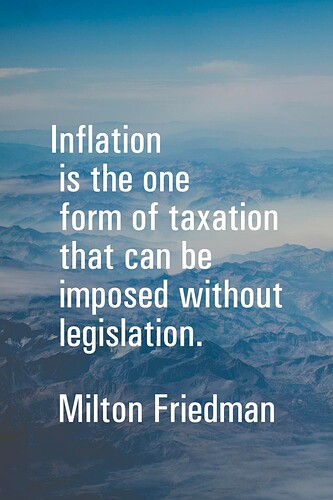 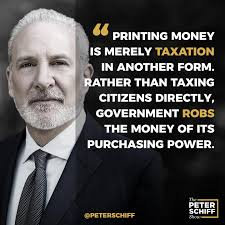 lol peter is right on this one. 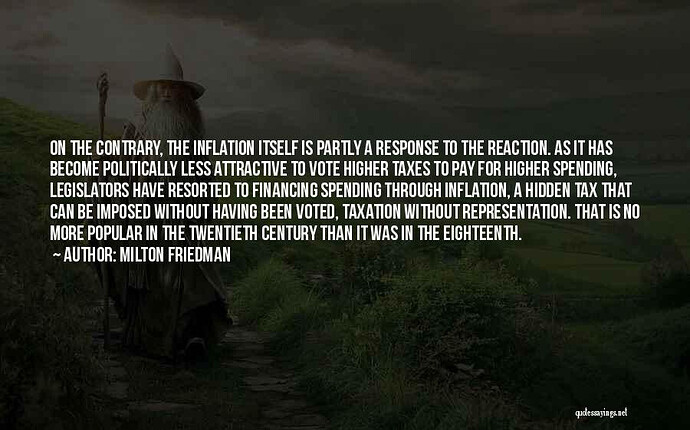 With your philosophy you probably should have stayed a Bitcoin maximalist.

Ironically, the best thing you could do as an individual (something you seem to value above all else) would be to participate in LB to capture the subsidy. But you would prefer to be a martyr for your own ideology.

And expose me to the high risks of impermanent loss? You guys really want to corner the individual to high risks just to break even from what is being taken from him in the first place due to the inflationary tax?

@Quixotic LB is not even working on the practical side of it, due to tzBTC.

Literally, the only way that LB could be a good investment for the individual is that is burning more than what is being printed to fund it, or AT LEAST, at the very least, to burn half of what is being printed, and the other half be compensated with an increase of XTZ price due to more whales buying Tezos thanks to the fact that there is now liquidity to fill their buying orders and thus reducing the available XTZ supply.

But no, tzBTC is NOT even close to achieve that, whales are not using tzBTC as a vehicle to buy XTZ, you can see that in XTZ/tzBTC lack of trading volume. For that to happen, for an increase in trading volume to happen in the liquidity baking contract, and to get all the benefits of LB as an investment, tzBTC will need to be a world AA class asset like USDC.

But collectivists want us, to keep funding tzBTC subsidy ALL THE WAY, ALL its JOURNEY, until it becomes a world AA class asset like USDC. That can happen in many years, and we would be losing money all the way throughout the journey.

And when USDC comes, it will not replace tzBTC, it will just share the subsidy, you think the collectivist which are gangs that forms around the public money that is product of taxes, will let tzBTC subsidy go that easily? Nooo my friend, tzBTC gang is real, devs will only add USDC to share the subsidy with tzBTC, and it will be voted yay, devs will not even give us the option and won’t inject a proposal to fund 100% of the subsidy exclusively to USDC. Sharing the subsidy with tzBTC will just limit the potential of USDC and is very sad that it will be done that way, I assure you it will be done that way.

I’m still baffled to see that bakers still want to keep losing money without any real benefit (self-sacrifice) when we can pause LB subsidy until USDC arrives, so we stop losing money with tzBTC, which could take a year or more, who knows.

You’re taxing tezos holders much more than LB does
We’ve wasted so much time reading the previews of your posts that it definitely cost more than 0.3% annual tax
Also you could’ve spent this time doing something useful for the holders instead of endlessly copy pasting the same story again and again

Please don’t post in my thread unless you are going to argument something with logic about the topic and without ad hominem fallacies.

LB is currently the largest pool of liquidity in the ecosystem, by a long shot. Nearly every one of your arguments against LB is based on the presumed intent of the participants that you paint with your own biases.

Sure, certain entities benefit from it being tzBTC just as other would if it were USDC. When the goal of the program is to create a large pool of liquidity for the public good, splitting the LB subsidy between multiple pools is forking its network effect. A replacement asset would have to be significantly superior in its ability to bring liquidity. USDC may be that asset, but it has been promised and so far yet to be delivered. In the meantime, all that can be done is to increase the availability tzBTC to willing participants.

First, thanks for providing arguments without attacking me or ad hominem me.

This is incomplete and therefore wrong, the goal of the program is to create a large pool of liquidity and that the liquidity is actually used by traders in the liquidity baking contract, not just having available liquidity (TVL) for the sake of having it, even if that means that it remains unused indefinitely. If that was the goal, having liquidity for the sake of having it without considering the asset desirability that is paired with XTZ or quality as an investment vehicle, then we could add to the subsidy more unpopular and undesirable assets that traders will never use to make trades, and that big capital (whales) traders will never use to acquire XTZ, and then we will be funding useless liquidity and LP’s, and throwing money to the garbage for no benefit.

There is no reason, to keep funding tzBTC liquidity and all its journey of becoming a desirable asset for traders and an investment vehicle, which could take years. We could easily pause tzBTC subsidy until it gets to the point of being desirable for trades and investment vehicle, and instead use the whole subsidy to fund USDC, and that way not limiting USDC potentiality.

Let me put an analogy, so it becomes clear:

And the other fact that is being evaded to debate, is the fact, that public money attracts gangs around the public money pool, this is one of the main reasons I don’t like taxes, it attracts the worst of the best, gangs will always form and favor their interests over the interests of the individuals, and that will actually go against the “public good” or “common good” philosophy or however you wanna call this rhetoric that is being pushed on.

TzBTC LPs are a gang, similar to a syndicate, they will never allow renouncing completely the subsidy, even if that means sacrificing everyone except them, that wouldn’t longer fit into the rhetoric that is being pushed on that “is for the public good” anymore.

When USDC comes, there won’t be an option to vote for USDC getting 100% of the subsidy. We will always need to fund those parasites, they already have too much political power and support from bakers who might already be LP’s of tzBTC too, with the excuse that “they are doing it for the common good” when it is only them who benefit from the subsidy. It is always the same story, ALWAYS, history repeats itself. But hey, I’m just a crazy fool that doesn’t know how the world works

this.
the cost of his FUD has surpassed any measurable inflation effects.

A user called user90210, attacking without any valid argument about the topic, on other news…