Marketing-PR proposal: organise an event for each protocol update in the format of keynote + live view of protocol change

As we know it, Tezos key differentiator in the L1 blockchain world is its ability to evolve, the protocol has already evolved 9 times and is about to it again on Tuesday.

This proposal is about building hype, expectations, awareness, PR, habit loops, story telling and narrative for both blockchain developers and blockchain users, similar to what Apple, Tesla or SpaceX do with their Keynotes, new products or rockets launches.

Given our 3-4 upgrades per year, that’s an opportunity for a steady stream of storytelling and it’s cheap (earned media).

The pushback I have heard about so far are the following:

What does the community think about this idea? Can this be communicated to Blokhaus, our in house marketing experts to get their feedback?

Thanks for your time and enjoy the Sunday

What if it goes wrong → SpaceX crashes rockets all the time, Tesla truck got broken during the live event, and SpaceX and Tesla are still here…

I laughed hard. Comparing Tesla/SpaceX with Tezos is like comparing Apples & Oranges.

Nevertheless I like the idea and regarding #2 my feedback would be to not do it “during” the update but just one day later? Because lets be honest, a live feed of the blocks production sounds pretty boring, meanwhile a live feed for a SpaceX rocket launch not. Apples & Oranges

Thanks. Indeed, Apple or SpaceX may not be the best comparison! I posted the proposal in r/tezos and someone suggested the Linux upgrade, maybe that’s the best model to copy. In any case, I am sure everyone gets the idea

This sounds like a great idea! We need to get more buzz around the new features coming out. It’s also a great way to get more action on Youtube if several people could livestream the event.

Personally I would like to see a nice laymans breakdown video for all these new features and what they mean. For example, what kind of dapps or bridges can be built with this new ticket feature. I see a lot of technical documentation by the geniuses at Nomadic, but it’s difficult to see how some of these features would materialize in a dapp.

100% agree with this, the event could insist on the new use cases that core innovations of the protocol enable!

Hello,
I already posted that on reddit and had some good feedback here are the key points:

There should be an organisation only dedicated to set up these parties…I can do that and help with that.

I was in the telegrams today, the day where tezos evolves.

I can count max 4-5 people that mentioned it (I count for 1). If our narrative is to be the “blockchain evolved”, " the last blockchain" (since we can absorb them all), we can safely conclude we are doing a terrible job at marketing it!

Just got the newsletter from crypto dot com in my mailbox. I see them mentioning Cardano updates but no word about Tezos protocol upgrade, sad 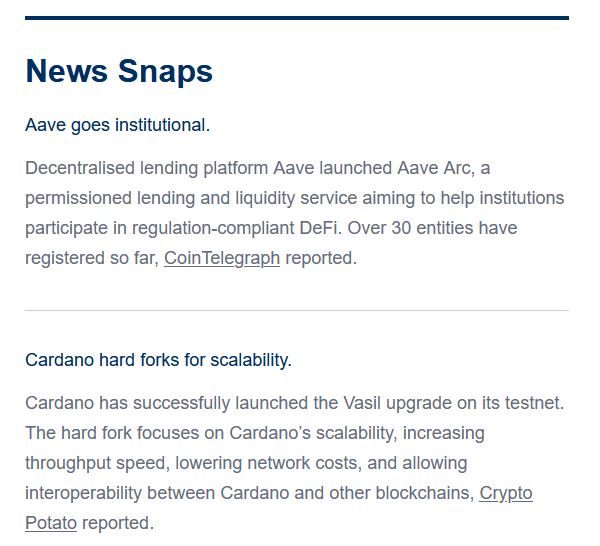