I’d like to share some thoughts regarding open source collaboration. The Tezos Foundation plays a singular role in such discussion. There are plenty of historical open source foundations which support open source software development and innovates concerning it’s community guidelines. Tezos governance seems to interact with different interests, from stakeholders, to developers and academia. One would expected those to come together (even though ‘bridges’ seems to be just an artificial discourse). I don’t see any discussions being held publicly. Actions must be responsible and correspondent to such roles. We have possibly unpatented experiments KT1M2Gng6zuDEy7PFivXPDYgrNnYEfLsc1z1#14 (mainnet) going on within the community and ideas being ‘Standardized’ (as tzip21) while bleeding edge implementations occur undocumented and unprotected. That’s bad knowledge administration, even more, wher you take into account the generality of use cases for smart contracts implementations and libraries.

There’s nothing more objective than code: 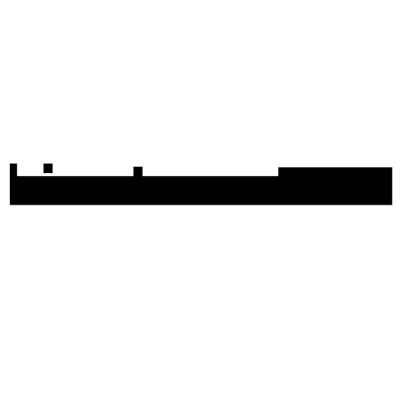 Contribute to hicetnunc2000/hicetnuncNFTs development by creating an account on GitHub.

Such works might be slightly related to the project I’ve compromised myself to build at the first place. But it’s extensions are completely unprotected.

I’d like to ask though, what’s the sense of asking a developer for collaboration, watch him publish open source, and don’t actively protect such behaviour? Is this some prehistorical governance concept that I can’t grasp? One of these days I’ve read Apache Foundation guidelines stating that ‘meritocracy’ would come from implementations (even though I’m not a huge fun of the concept). We’d like to go further documenting our steps and taking some unprecedented approaches, but I guess I’ll have to keep publishing those in a timid way for the sake of censorship resistance? This is a matter of fact a problem that can be seen in the whole web3.

Concerning ‘collaborations’ with other teams. We feel responsible to educate new developers from our perspective, and definitely I woudn’t risk enhancing such prevarication for my collabs, I think it’s important to think Blockchain industries generating jobs, as any industries should, supporting scholarships, research, or by whichever means and mostly: being geographically decentralized.

I don’t understand the point you are trying to make.

I don’t see any discussions being held publicly.

This very forum contains many examples of public discussions between various members of the Tezos community.

I am not sure what you mean by “unprotected”; what kind of protection do you have in mind and against which threat?

I’m talking about systematic precarization of open source development conditions in case that was not clear. Be my guest to imagine it’s consequences and misuses of such open source efforts.

One simple assistance or engagement the community could have had was to build bridges between actors, offer simple contracts due the development of open source applications to support their development. But I guess that’s something obvious to say to a member of another software laboratory.

Concerning Nomadic Labs specifically I wish they could have a open collaboration in auditing such efforts, as well having a deeper concern/commitment educating smart contract/protocol developers. One should also take into account better/more substantial interactions with other web3 actors, TZIPs, EIPs, BIPs, layer 2 and network solutions are fundamental for us to be discussing constantly for systems designs. None of us detain any golden secret. Cross-staking? etc…

Late signs of good will are not welcome. We’re interrupting all communicational channels with web3 laboratories due such reason to follow independent research. All of our projects will be delivered open source as intended, still.

I’d like to add somethings to the previous answer: I do think that some discussions regarding staking governance that happens here are interesting, and I tend to agree with experiments proposed (even last week?) (Didn’t intend do disrespect anyone, nor DeFi concepts are being neglected – that’s rather how it’s foundations should be discussed – there are great experienced node operators and developers in the space, which should also manifest themselves) even in small scale for experimental means, documenting, analyzing such experiments. (I can find only estrangement, and sometimes find it even disrespectful, indeed, to not protect such ideas – and here is the absense).

Payment systems and stable coins also seems to be of great importance by decentralized means. But why does such discussions have such a limited scope? (This topic shouldn’t be limited to trading (which should also meet high standard metrics/analytics)).

Another topic that I do not see being discussed properly is: research topics and programs with universities. We foresee many of these, but such connections must be drawn, and not in the air, this is another thing that should be taken into account responsibly. Knowledge from different parts of the world should be welcomed. What are the pace of recent experiments in Africa, Latam, Asia? There are telecommunicational installations plans? BSN? Ok, but still one can think of many other strategies. Health, Energy industries and Public Administration approaches? One should take inspirations writing smart contracts from which imaginary experiences if not experimenting?

At least. There are great efforts that should be recognized, as Delphi, Edo, etc… Hope to see the best coming out of it independently of our laboratory directions.

You can pm me for email contact. I would offer to discuss this by phone. I have some experience with licenses and parents.