Tezos as an "unaware cross-collaboration" platform

Seven years ago, there was an event in Rio de Janeiro called “WWW 2013 - 22nd International World Wide Web Conference”. It was held at Windsor Barra Hotel and there were many proeminent sponsors, like Google, Yahoo, Microsoft, Facebook, RedHat W3C, AirBnb, among many others, including Brazilian local and central government ( http://www2013.w3c.br/tracks/keynote/ ).

There was a keynote speaker called Luis Von Ahn (whose talk was the Opening Ceremony). He is the author of many famous software, like Duolingo language learning app and also of ideas like web site confirmation captchas.

I will never forget a concept that Luis Von Ahn passed to his audience that day. Something that I would describe as “unaware cross-collaboration”.

In summary, his idea was always making software in a way that it generates direct benefits for both parts involved in a relationship. I mean, concrete benefits.

His first project (“reCaptcha”) was related to web site captchas and he explained that when a series of images were presented in a web site so that the user should select (for example) traffic lights, bycicles, cars, motorcycles, stairs, mountains, or numbers, to be allowed to proceed in the operation (proving it was not an automated robot) just one part of the captcha software was really trying to know if the user was capable of recognizing the objects in the images. Some other images were already known to the system which object they cointained.

In other words, the web site user, besides solving the puzzle to prove he/she was human, was also working collaboratively to teach the Artificial Inteligence software about a new image.

Luis Von Ahn explained that every day, millions of people help these Artificial Inteligence systems to understand how to better recognize objects in an image because of this indirect, unaware, collaborative work.

Than he talked about his most recent project at that time: Duolingo app, which he had launched in November 2012. He had implemented the same “cross-collaboration” concept. And explained that while people are using the app and learning a new language through the translation of small sentences (to spanish, english, or french), on the other side the app sells an automated (yet human) translation service to interested companies. The app has a gamification style, so users receive bagdes as they improve their translation capabilities. In summary: Luis Von Ahn has built a complete automated translation service, linked to a language learning application - a real innovation masterpiece.

The reason I am bringing this story to Tezos Agora is because I think we could (and should) use this concept in Tezos to foster mainstream adoption of users that doesn’t even need to acknowlege what Tezos is.

There might be many ideas risen from this simple but outstanding concept. My goal here is to work as a spark to ignite something good to Tezos. Nevertheless, imagine if we could create Tezos Baking devices that people wish to buy to run in their homes, without even imagining they had become Tezos Bakers. Imagine what this could mean to Tezos Blockchain decentralization: being inside hundreds or thousands of houses as a home appliance?

It could be (for example) a set-top box device to play streaming “for free” and the streaming service provider would be paid by the Tezos rewards the “baker” would make. Or water heating devices, air-conditioning devices, refrigerators, home alarm systems, etc. It could be software: a software that pays for your streaming music? Give you credits in a game?

The idea here is using Luis Von Ahn’s “unaware cross-collaboration” concept to create new, “indirect” (or unaware) Tezos bakers that would benefit the network security/decentralization and, at the same time, be benefit by having some service being paid by the incoming rewards revenue.

I know that there are huge challenges to make this work (device price, roll size, node updates, etc.). But I could not abstain from launching this idea to be discussed here in Agora. In Tezos community there are brilliant personalities, way more technically competent than I, so maybe this may sparkle some interesting ideas.

What do you think?

My two cents.
First I’m not sure we have a problem with number of bakers. While certain number of bakers is necessary for decentralization, we already have quite a few and don’t need to force the number to go up.
Do we really want housewives to become bakers? I see a baker as someone who’s dedicated and motivated to go deep in what’s going on with the network and to stay active.
Baking is not a product itself. With recent announcements of two corporate bakers i’m really looking forward to products they could build on tezos.
So I’d like to broaden this idea and move it from “unaware” bakers to unaware users.
The best products imo might be ones that don’t show users they use tezos but still pay gas + fees.
Imagine PayPal integrated a lending feature with an underlying app on tezos which uses liquidity provided by tezos holders. Seamless for users, it generates gas fees, lending fees and pays commission to paypal

I see your point. Note that “baking” was only an example, could be something else. What I mean is that, whatever product/service it may be, it’s important to offer a clear advantage to users, so it makes sense to them the effort to spend time consuming it. And, by consuming it, they will also help Tezos ecosystem, but they might not even know they are doing it. The “cross-collaboration” concept is very strong. But not so easy to be applied.

The idea of using something inside home appliances/devices, is to create something that can be widely adopted by non-technical people.

So, it should be something that benefits the user, and, at the same time, Tezos ecosystem. Although the user doesn’t have necessarily to know about Tezos, nor blockchains.

Take a look at this thread and check AVADO devices: 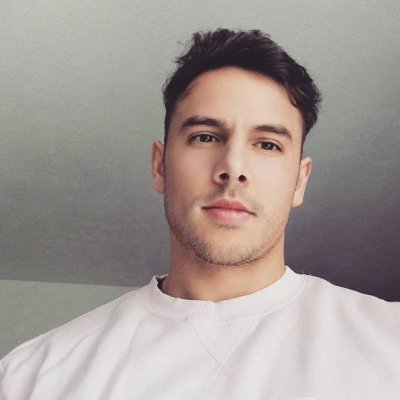