The delegation Toggle was requested even before babylon.
The stateful baking accounts does seem more like a precursor to burebrot 2.0, than a simple solution to the key rotation, which could have been implemented in a way that would not raise any of the concerns Justin has mentioned.

At the moment you can avoid this by simply changing your delegation. We are planning to include vote overriding in a future proposal, that is you can cast your vote independently of your delegate. There is a WIP implementation that could make it for 007 otherwise it should be done by 008.

RE [1]: To clarify, Metastate is the R&D entity working on Tezos research and development (more described in this reply to Robert. Metastate is an independent company and one of the many grantees of the Tezos Foundation.

The goal of Metastate is to share with the Tezos community research synthesis of all possible features and improvements that we consider valuable for Tezos to continue evolving and staying innovative in the broader blockchain industry. However, at the end it is always up to the Tezos community and the governance process what gets adopted.

Sorry if i missed it, but what is this “5th Voting Period” for?

TL;DR Amendments to the Tezos protocol brought about by the on-chain governance are activated immediately after their promotion. This poses a problem for bakers and third-party applications built on top of Tezos whose functionality might be broken by an amendment. Preemptive developments of required modifications on application-level can only mitigate the risks to a limited extent and might turn out to be wasted if the amendment is not promoted. The Babylon amendment that only reached quorum l…

It’s an idle period between the final vote and the actual activation for administrators and developers to adapt to the new protocol.

Are there going to be different choices proposed for 007 (separated out) or is it going to be one big amendment / take it or leave it scenario?

First, of course, the community has a say! Development teams do monitor community platforms like agora, reddit, riot or slack. We also keep in touch with smart contract developers and language teams, as well as bakers and other users. The channels used to coordinate the proposals are also open and transparent, such as Gitlab. However, the final cut on what gets in the proposal that we build and endorse (as opposed to what gets rejected or delayed) is mostly a matter of engineering and code quality. And then of course, the last word goes to the voters, which has an impact on the choices we make about the features on which we concentrate our efforts.

Are there going to be different choices proposed for 007 (separated out) or is it going to be one big amendment / take it or leave it scenario?

The current plan is to have 3 different proposals: one with baking accounts only, one with sapling only and one with both. All of them will include the same smaller changes.

The first year the foundation was by far the largest actor in the network, so the fact that there are new services adopting Tezos is actually a sign that the network is more decentralized now. With more adoption will come more diversity.

Will the consensus key retain the right to spend in 007, independent of the operator account?

If not your proposal is fatal to the chain from a security prospective.

Does Nomadic have someone watching Riot?

I know Adrian is in there but he doesn’t count. Many of us have been bringing up security concerns with giving bakers smart contracts, and breaking out key roles, since Adrian first announced his ideas over a year ago.

The issue is that nowhere does Cryptum Labs now Metastate consider down stream negative effects.

Their blogs are often hyped and inaccurate at critical points. Nor do they take time engage in conversation to defend their ideas. From example I wrote a micro-economic critique of Adrian’s programmable staking proposal over a year ago, after spending a week trying to talk to Awa and him. No concerns were ever addressed. https://medium.com/@MindsFiction/cryptium-labs-swings-a-death-blow-at-tezos-964e4123888b

This leads to questions like what does Nomadic think about Adrian’s wild ideas? If any answer is given its usually Awa reassuring the community that they are working with Nomadic. Which isn’t an answer but it does allow her to use your reputation.

Can Nomadic have a developer in Riot? At the moment Adrian is viewed as Core development which is a problem for those of us who value the chains security.

But they said they would “pass” every single proposals.
Before the giants Coinbase, Kraken and others were there, the voting power of all “small” bakers had much more power. I feel like now, at the current state, the giant bakers are too powerful and I believe it is a threat for Tezos and its decentralised governance.

You did not answer the question. Nor could you because you don’t understand it. This is why I asked Adrian.

Yet your response is just a boilerplate of the flawed blog post. For example the “consensus key will remain capable of authenticating spending” but its just 1 of N in the operator accounts multisig. One could make it 2 of 2 multisig and the consensus key is no longer spendable in and of itself.

As described in the blog post the implementation of stateful baking accounts maintains the consensus key as spendable in order to be as backwards compatible as possible with the existing tooling, such as payout tooling.

Which is a security fail the reasons I already highlighted. 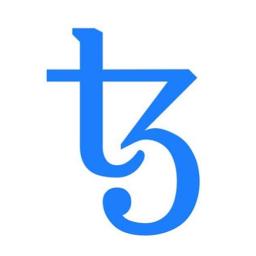 Check out the Tezos Blockchain community on Discord - hang out with 219 other members and enjoy free voice and text chat.

I was thinking specifically about protocol releases. Would be great to have all the various efforts documented in one centralized spot - creates more visibility on what to expect in the coming months/years.

How many times are you going to propose “bond pooling” with different names? This proposal looks like Burebrot 3.0 and you guys are still insisting about an idea vastly refused by the community during years.

Finally, as granted dev team, I think you should be ultra-mega-clear about the specs of your future proposals. Please no more several blogs entries for describing a unique proposal prototype.