Big bakers dump at least a portion of their earned tezos to pay for maintenance. It is certainly more than TF.

But let’s be realistic. TF cannot hold tezos forever. At some point they have to convert to btc or usd or pay tezos out directly for grants, which the grantees will then sell.

@murbard @Robert Could you please clarify these statements for the community ?

Too much secrecy and silence.

Tezos’ monopoly on on-chain governance ended years ago. New, highly funded, advanced competitors have launched, that threaten not only Tezos market dominance, but it’s very survival. Dfinity, polkadot, avalanche, etc. Strong strides towards establishing the moneyness of XTZ must be pursued on numerous paths with immediate urgency, before it’s too late to turn the ship. Refusal to address this specific topic will surely spell doom for Tezos; while TF may continue it’s mission for years in an academic sense, Tezos will have lost the protocol war and been supplanted by aforementioned protocols. The time is dire and the sun is setting on the future of Tezos.

One month after launch, Dfinity is already using on-chain governance to modify the protocol and tokenomics to drive further value to their native token. Make no mistake, the battle is on. Failure now to specifically seek a strategic path which drives economic value to XTZ through a multitude of mechanisms will be disastrous to broad scale adoption of Tezos. DSCVR

Maybe we’ll have a clarification from them.

Just noticed 2.35m Tezos was sent out from each of the 8 Foundation bakers on June 29th for a total of 18.8m Tezos . Can we have any clarification or transparency on where or why these transactions were sent or why they were sent out of the Bakers? I my self cant seem to pinpoint where they all go since there are alot of in between accounts and contracts they are tumbled through, so to avoid any assumptions can we have an official response @tezosfoundation ?

TF will be doing a ripple style on us forever. Continual dumping. 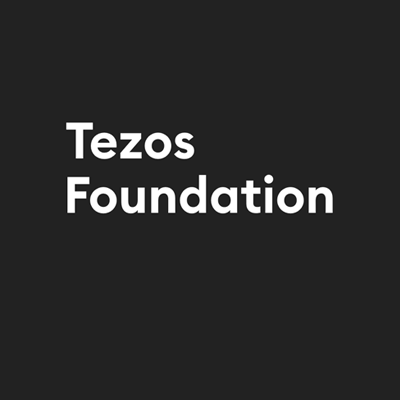 @TezosFoundation
The Tezos Foundation bakers will each shortly make a transfer of XTZ to a secure storage solution.
1 Like
TezosRus July 17, 2021, 2:01pm #35

What does secure storage solution even mean? This implies there bakers are not secure? This sounds like a load of bull shit if you ask me, excuse my french. I implore the community to stop being so naive. Eating and believing everything you are are hand fed . The TF is not your friend, they do not have your interests at heart, they control the supply, the inflation and your ico funds you gave them. They earn salaries, they are comfortable and do not care of the price of tezos. It is us the investor that is not and will not be comfortable. Start questioning, start pressuring , start scrutinizing . Until then you will continue to allow them to do as they please, dump as they want, and spend how they want to spend at the expense of the chain.

3 days after these sketchy transactions they go on vacation. Coincidence? i think not.

Contrary to doing those transactions while on vacation?

My point is if they are moving these transactions due to security issues then why is it that majority of the coins are still in the unsecure Baking accounts. This notion that this movement of tezos is due to security does not make any sense at all.

If you take 5-10 minutes of looking at these accounts that these coins have been moved too, these are mixing addresses before being sent to a wallet which was labeled as “bitcoin suisses” account before being dumped on multiple exchanges

there are other multiple wallets that have also been sent coins from this mixing account before being sent to exchanges. Just take a look your self and go through the wallets. The coins they just moved are being prepared to send to exchanges.

then goes into this address

which then is sent to exchanges

this address in particular which has seen a total of 50 million tezos to it just sold 150 thousand tezos in the past month or so. This is just 1 address used to dump Foundation coins. There are so many its hard to keep track. Last sales i have seen happen so far have happened in the last 24 hours with these wallets

Of course, they are dumping on us, no doubt about it. Why they mix the transactions? why? Stop being so naive guys. Those transactions that end up in exchanges, they are no coincidence.

TezosRus, could you provide a list of links / addresses that trace the entire flow from TF to exchanges? I didn’t see where tz1VTUCxmGQ5BfCdGLWPLdsKZuJFwoTkTbdR got its money from TF.