Sapling was introduced into Tezos protocol in the year 2020. Two years later there is still not a single wallet that supports shielded Tezos transactions (sending & receiving). Airgap added support last year but disabled it after a flaw was found.

Since then the flaw was removed in one of the recent protocol upgrades and so still nothing.
The contract was deployed on [Ghostnet] (KT1Wr1z3..cUPuHZ on ghostnet.tzkt.io) by Airgap but I guess it wont deploy it on Mainnet due to recent very sad development with Tornado Cash. However Airgap will support the possibility to interact with shielded Tezos in their wallet.

It is sad to see that such a great feature isnt used (literally zero) as it got pretty hyped with ama´s and so on. I am not sure what the reasons are because the hard coming after Tornado cash happened in the last months so this was not an excuse before that.

I still believe Sapling on Tezos has a bright future, maybe a bit a niche but privacy is important and I would love to see wallets like Kukai, Temple, Naan or Umami support shielded Tezos transactions. I am not saying the teams should take care of deployment but providing a way for interaction would be a big step to promote and encourage Tezos shielded transaction usage.

If no wallet gives support then how should a normal user without the needed technical background shield his tez and send it forth/back?

So in my humble opinion I think to finally bootsrap Sapling on Tezos and start growing userbase we need:

Moreover I would love to see a sapling implemented mixer with shielded Tezos and tokens. I know we have Maelstrom but this kind of mixing in my opinion is easy to trace back and why do it this way when we have Sapling.

Thank you for bringing this up. Tezos teams seem to be reticent to deploy a mainnet sapling contract due to the reasons you mentioned.

Perhaps it would be acceptable for wallets to provide the functionality with a minor UX indirection: when the user elects to send a shielded transaction, they are prompted for a shielded contract address. The wallet does not provide any default choice.

Better-call.dev allows you to search all instances of the sapling contract on any network but there is no ability to sort or search, so I didn’t browse all the pages to check whether there was a mainnet one already deployed.

I started playing around with the new Sapling support in Taquito and put together a small app to facilitate interacting with a sapling contract. https://ghostnet.tezmitter.com. Deployed to Ghostnet for now.

Taquito released a high-level API for Sapling this year.

Better-call.dev allows you to search all instances of the sapling contract on any network but there is no ability to sort or search, so I didn’t browse all the pages to check whether there was a mainnet one already deployed.

Thanks for your input! To my current knowledge there is no Sapling contract deployed on mainnet, at least not one after the flaw got patched.

I started playing around with the new Sapling support in Taquito and put together a small app to facilitate interacting with a sapling contract. https://ghostnet.tezmitter.com . Deployed to Ghostnet for now.

Thats awesome thanks for the link! I never saw this (tezmitter) anywhere. I will try it out

Taquito released a high-level API for Sapling this year.

Yep I know, I forgot to add this in the initial post, I read the article and cant wait to see it in use soon! As always great work

I am not sure, what can I do on tezmitter? What I am missing, it seems I cant interact?

For anyone interested in how to deploy a Sapling contract, this seems to be an easy way?

But it needs a little documentation or something, I have no idea how to operate it

Glad I am not the only one that has no idea

The pre-requisites for Tezmitter are a Sapling secret key and a connected Tezos wallet. To generate a sapling secret key, you can enter the following command using the octez-client:

This will generate an unencrypted key at ~/.tezos-client/sapling_keys. Using this key which starts with “sask…”, you can interact with the sapling contract by shielding, transferring, and un-shielding tezos within the contract. The connected wallet is used to either fund the transaction or inject the operation directly.

Thanks! Maybe a short info like this on the page would avoid further confusion

Hello! There is the Sapling Michelson Contract here: https://gitlab.com/tezos/tezos/-/blob/master/src/proto_alpha/lib_protocol/test/integration/michelson/contracts/sapling_contract.tz Following up with recent conversations and the one from today in...

I agree with the other posters, a minimalistic information for the end user will work wonders in regards to understanding. Great job!

This makes great progress! Soon we have Sapling Tokens and tickets!!

And please consider to upvote this feature request on Umami - to add spaling support! 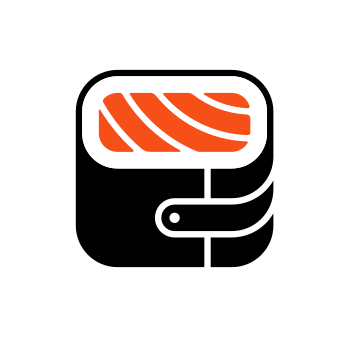 A Sapling contract was deployed on mainnet some days ago. The post is on reddit: https://www.reddit.com/r/tezos/comments/zua4x7/sapling_contract_originated_in_mainnet/ As there is no wallet...

I ran a test with the sapling contract following this guide:
https://gateway.ipfs.io/ipfs/QmZBqtv4FnJP8S7vwHXvGRjipDVuok5szDoCcunx4VDD8P
I made it work, not bad at all, it needs some fix, you cannot use the example https://rpc.tzbeta.net for shielding the transaction, it fails. I used https://mainnet.smartpy.io and that worked.
Also the command to view xtz account balance is incorrect, it should be get balance, and not show balance.
Other than that, running it, actually helps comprehend the flow. The other option is using airgap. I have not tried that yet.
Anyone else tested it?

If you have any issues with Airgap post your problem in their chat and the team will help Telegram: Contact @AirGap